Using FEATURE MANAGER after a SPLIT seems to have an issue . . .

It seems there is an issue using the FEATURE MANAGER after performing a SPLIT with the MANUAL SPLIT TOOL.

If an image is opened (RICE.TIF for example) and the BRIGHT OBJECTS are COUNTED with the standard FILTERS on then there will be 74 FEATURES found.

If the FEATURE MANAGER is used to store these FEATURES in an ROI FILE by:

then the features from RICE.TIF can be recalled by

If a MANUAL SPLIT TOOL SPLIT is performed on one RICE GRAIN (making 75 FEATURES) and the same steps are executed except that the ROI FILE is named 2.roi then the FEATURE MANAGER will not have any measurements in it.

Looking at the size and content of the ROI FILES, it looks like 2.roi is defective in some way.

The FORUM will not let me attach the 1.roi and 2.roi files generated by the method described above but I have opened them both using EXCEL and done a SCREEN CAPTURE.

1.roi has 74 objects and after splitting on rice grain it looks like 2.roi has 75 objects within it but FEATURE MANAGER is not accessing them via an OPEN.

You have RICE.TIF in the PREMIER EXAMPLE IMAGES.

Can you please try this and see if this issue is reproducible and if there is a way around it? 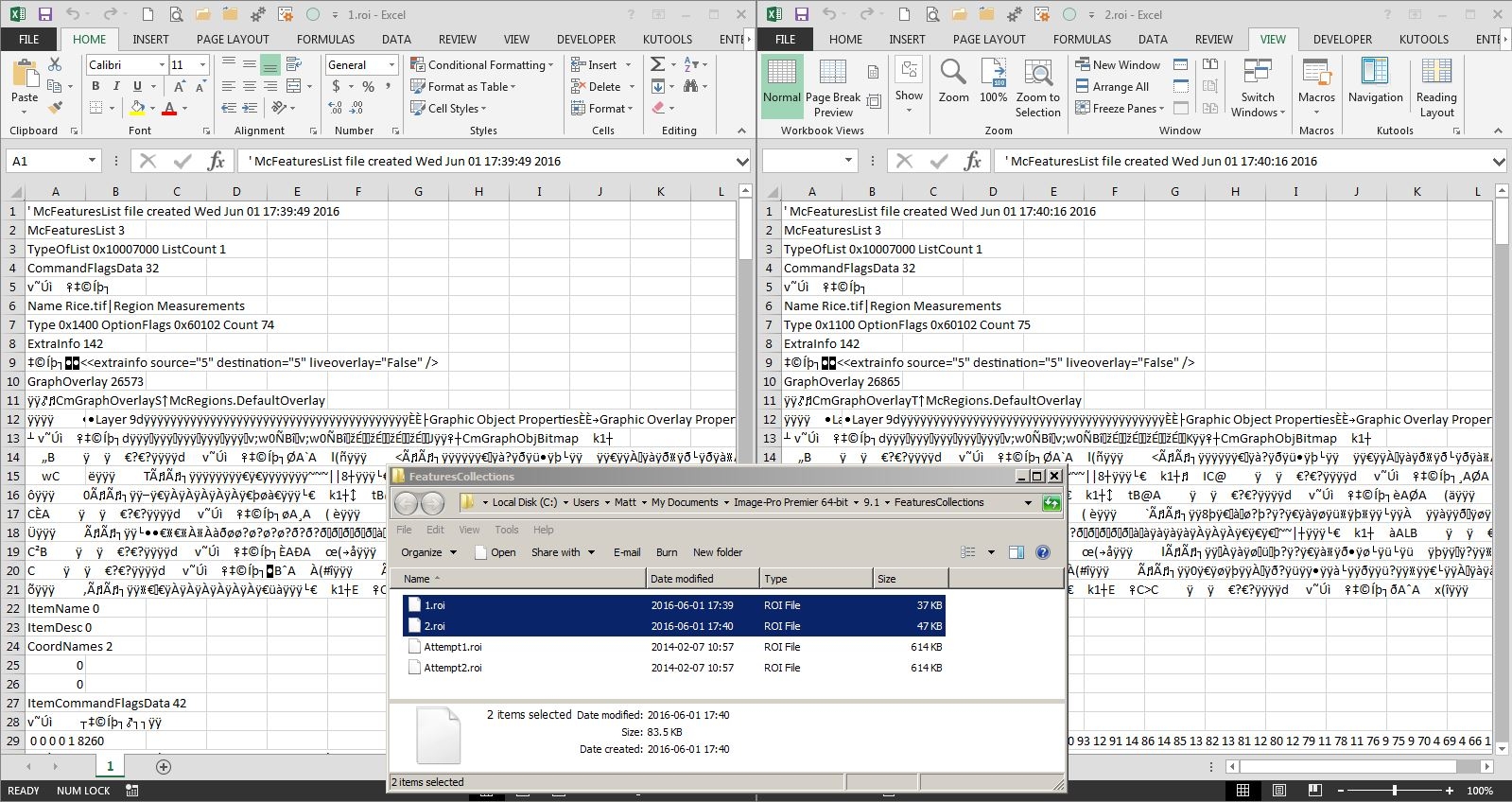