I am working on a project that is working with very large images generated by a SCANNER.

I am able. to create a SMART THRESHOLD which does a nice job of identifying the BROWN STAINED CELLS in this image.  This is illustrated by IMAGE 1 and IMAGE 2 below where the ORIGINAL IMAGE is on the LEFT and the MASK generated by the SMART THRESHOLD TOOL is on the RIGHT.

This number of FEATURES seems to overwhelm the FEATURE MANAGER.  This is shown in IMAGE 5 where the ADD ALL is DISABLED.

When I run the COUNT within the ROI, the FEATURE MANGER sees the ROI and the 4000 FEATURES.  This is shown in IMAGE 7 and IMAGE 8.

Is there option or configuration within PREMIER that will allow the FEATURE MANAGER to handle the large number of FEATURES that can be generated by LARGE IMAGES like this one (example image attached last below)?

The MEMORY LIMIT SETTING within PREMIER is already at the MAXIMUM.  This is shown in IMAGE 10.  This was done and PREMIER was RESTARTED with this setting before the example documented here was performed. 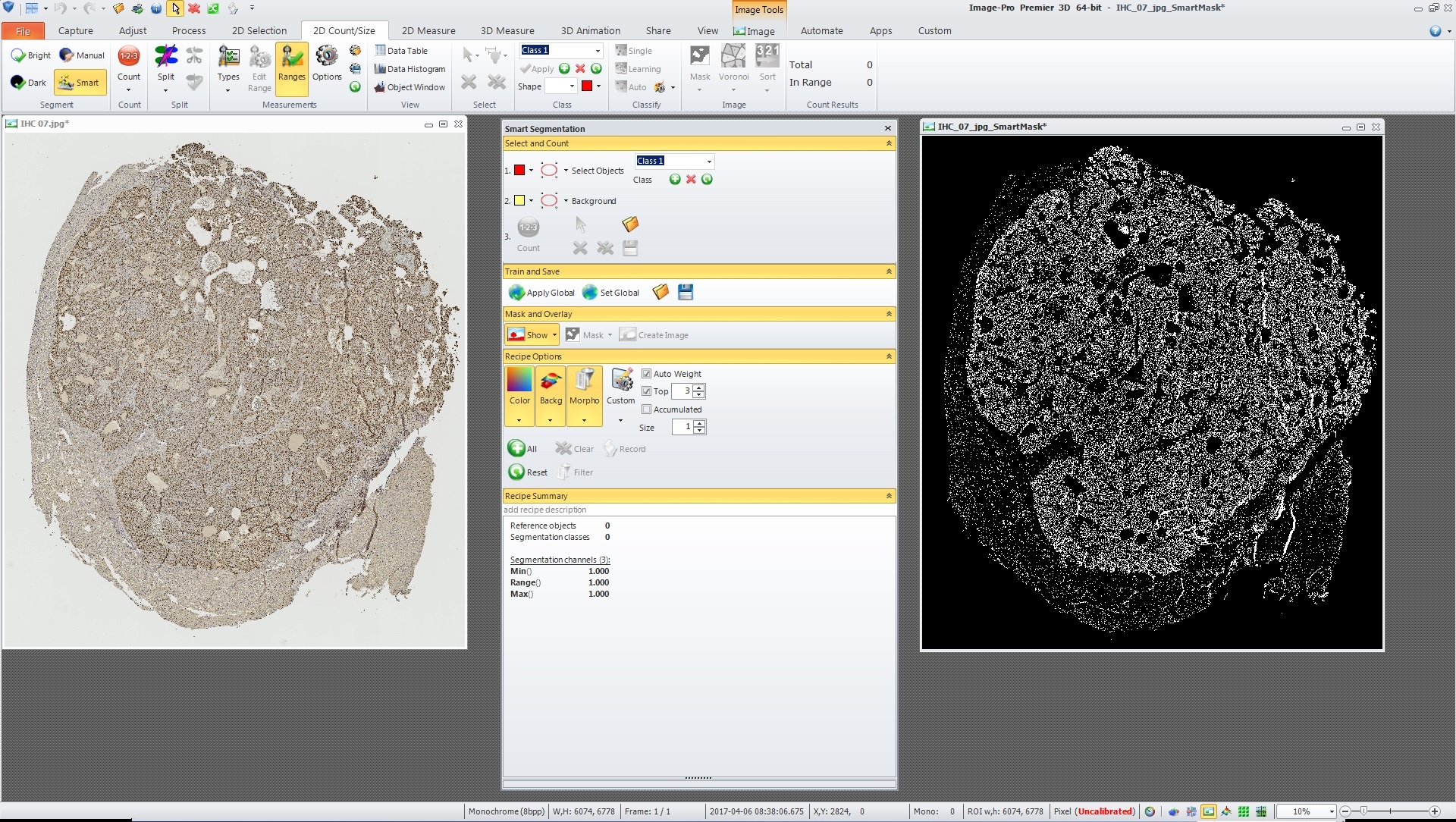 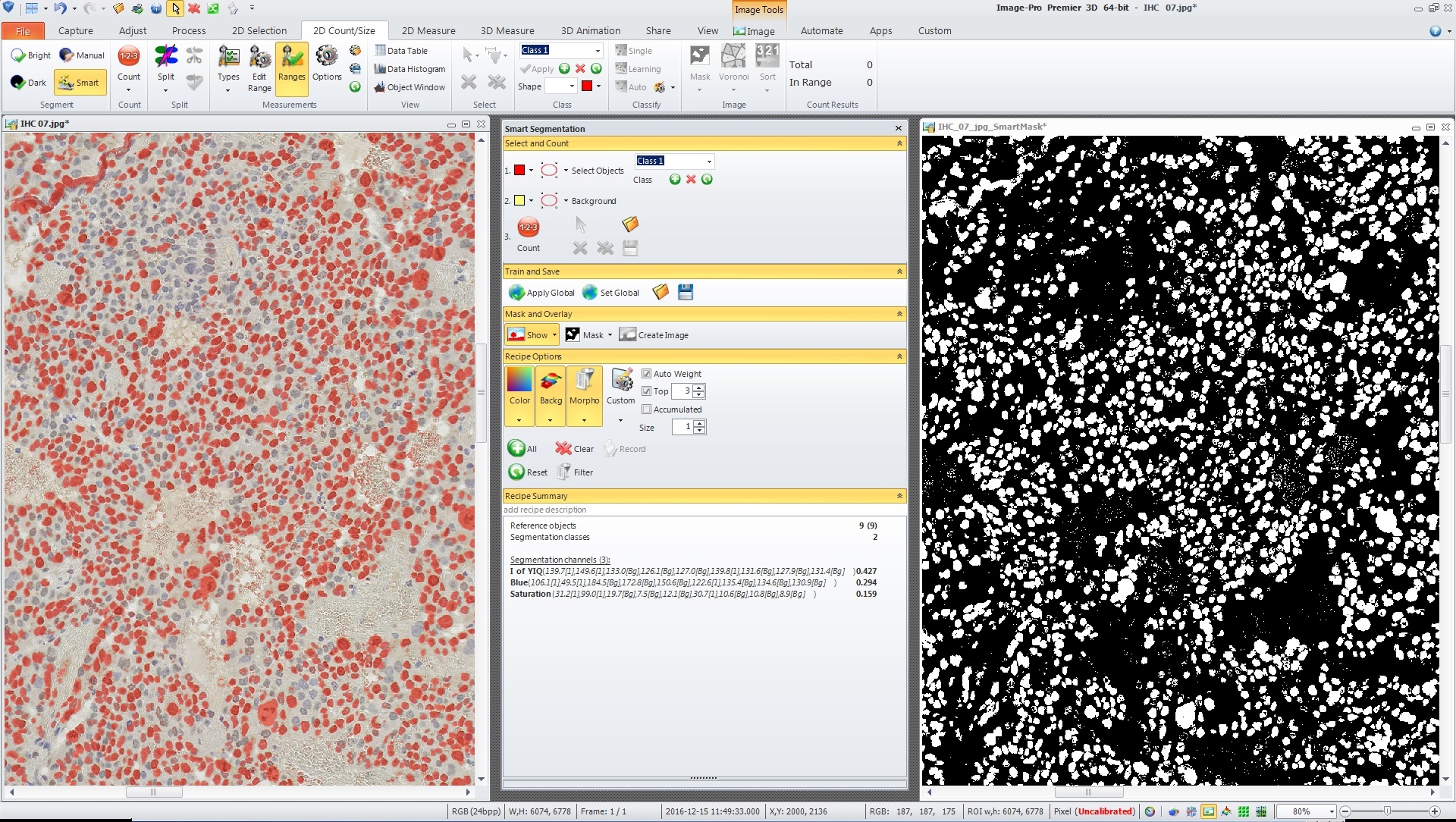 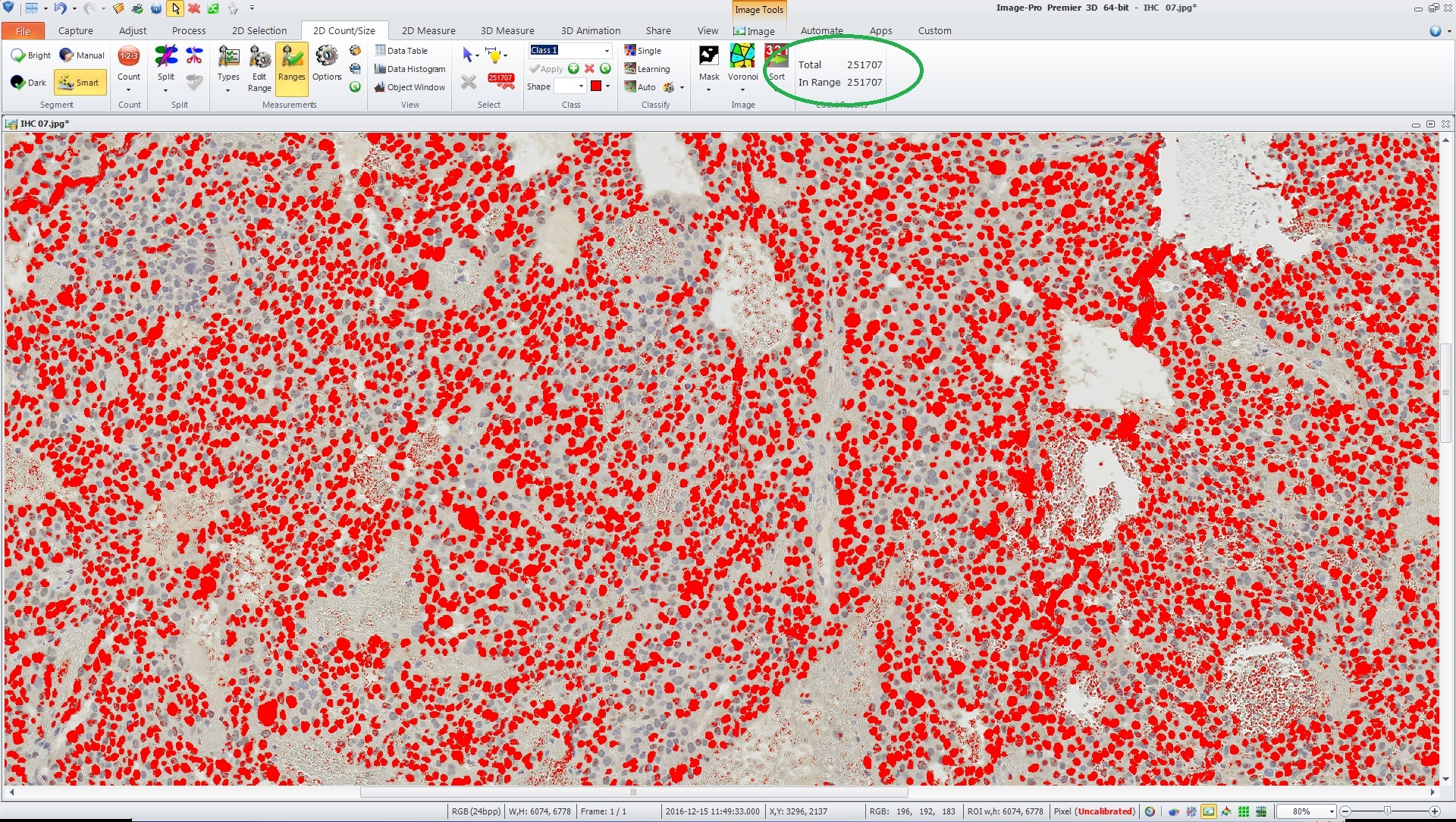 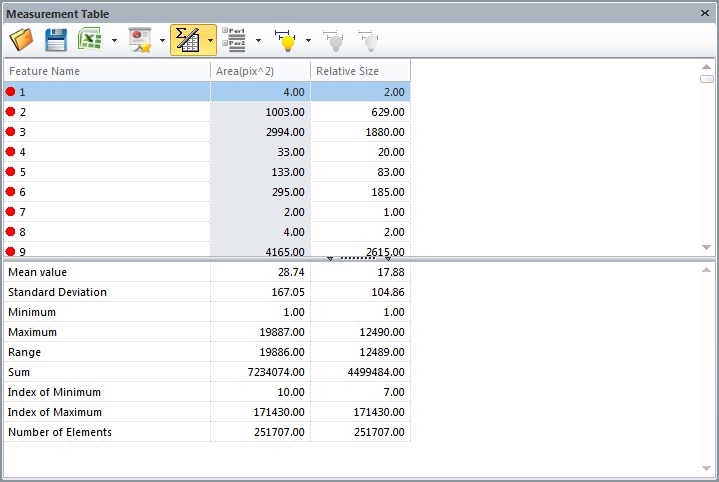 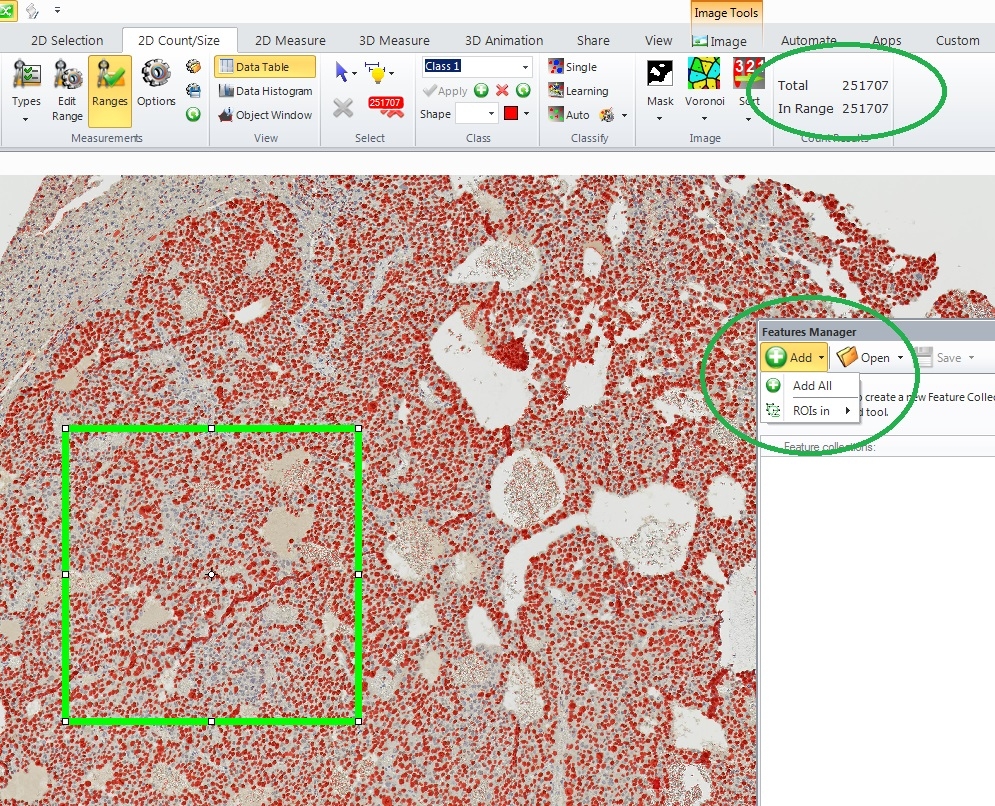 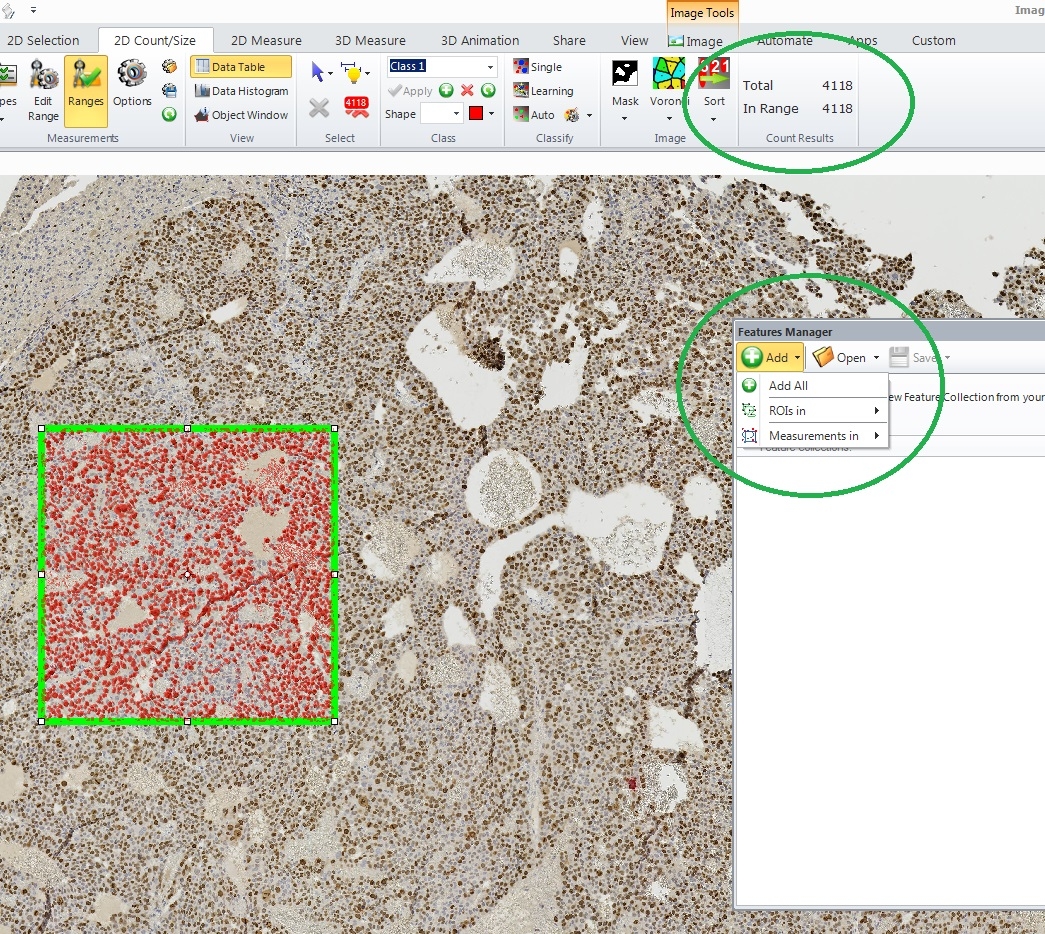 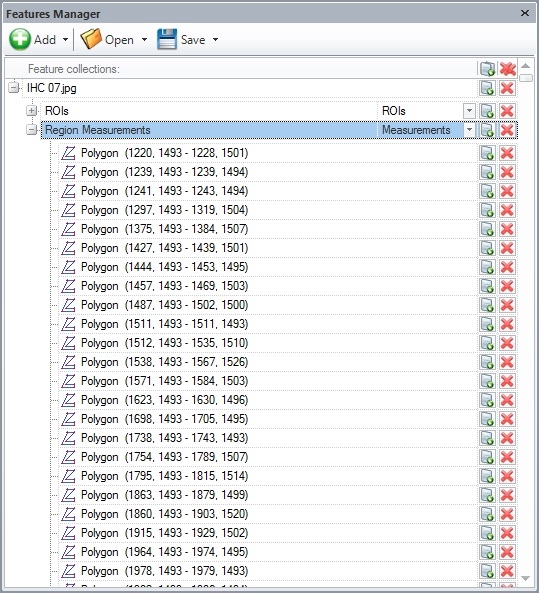 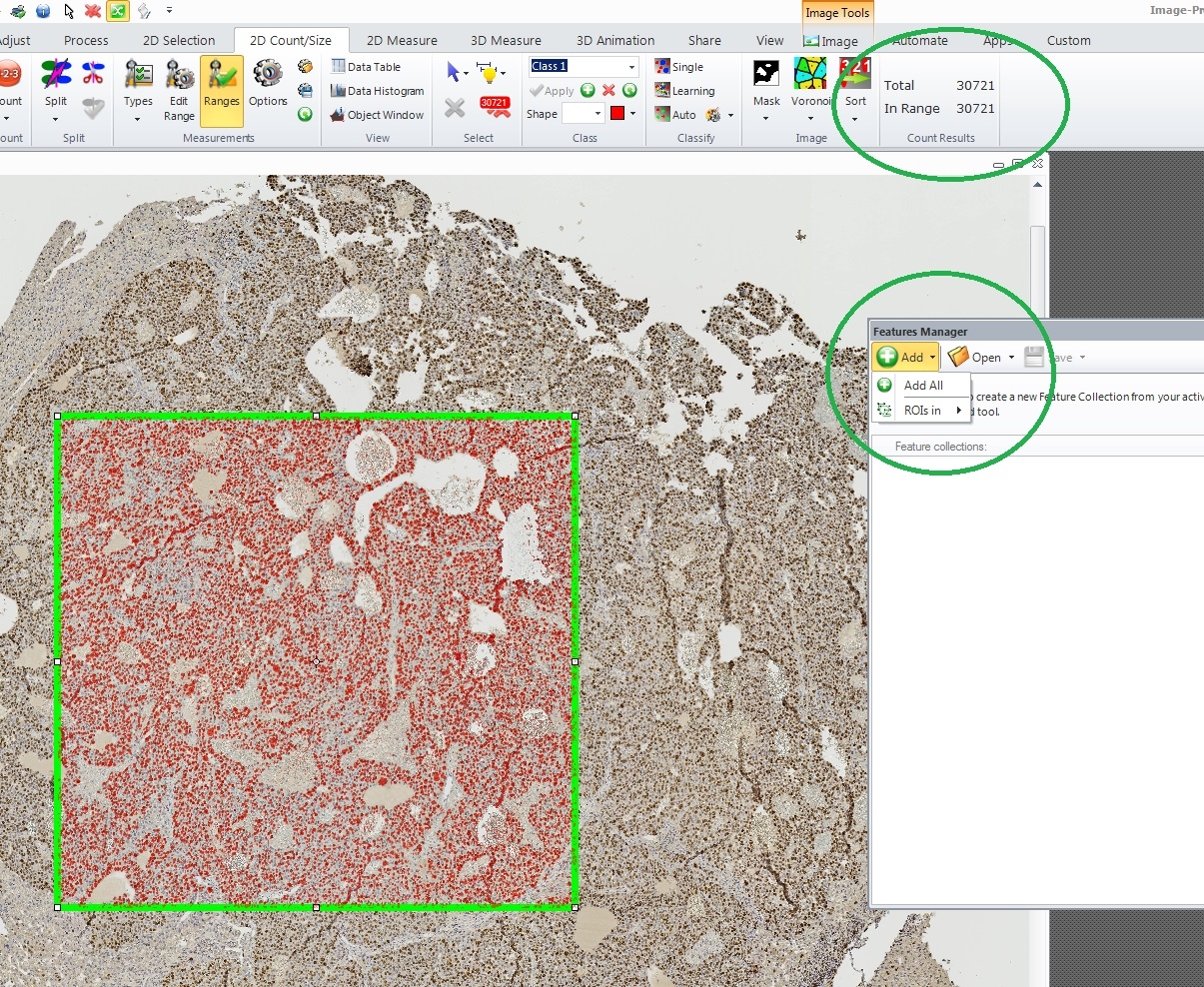 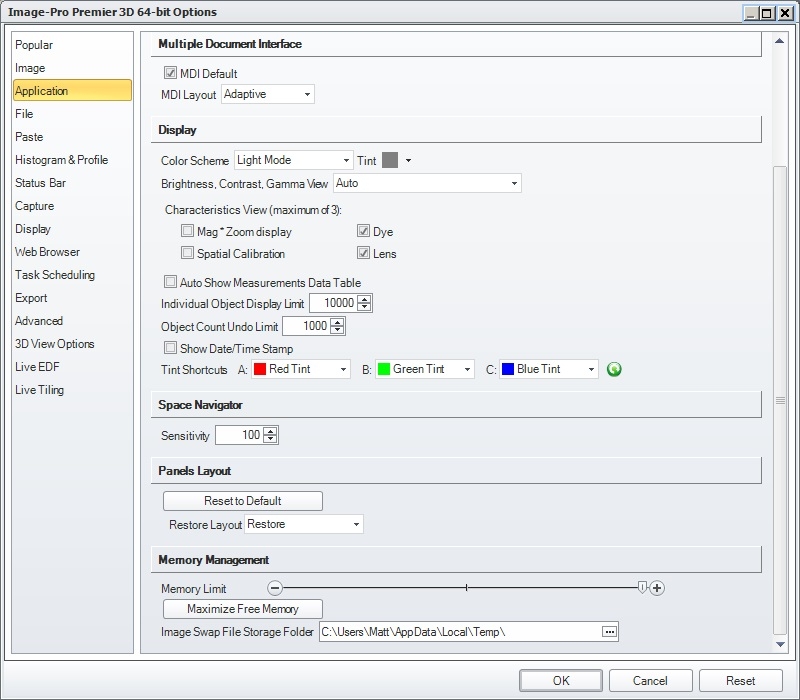 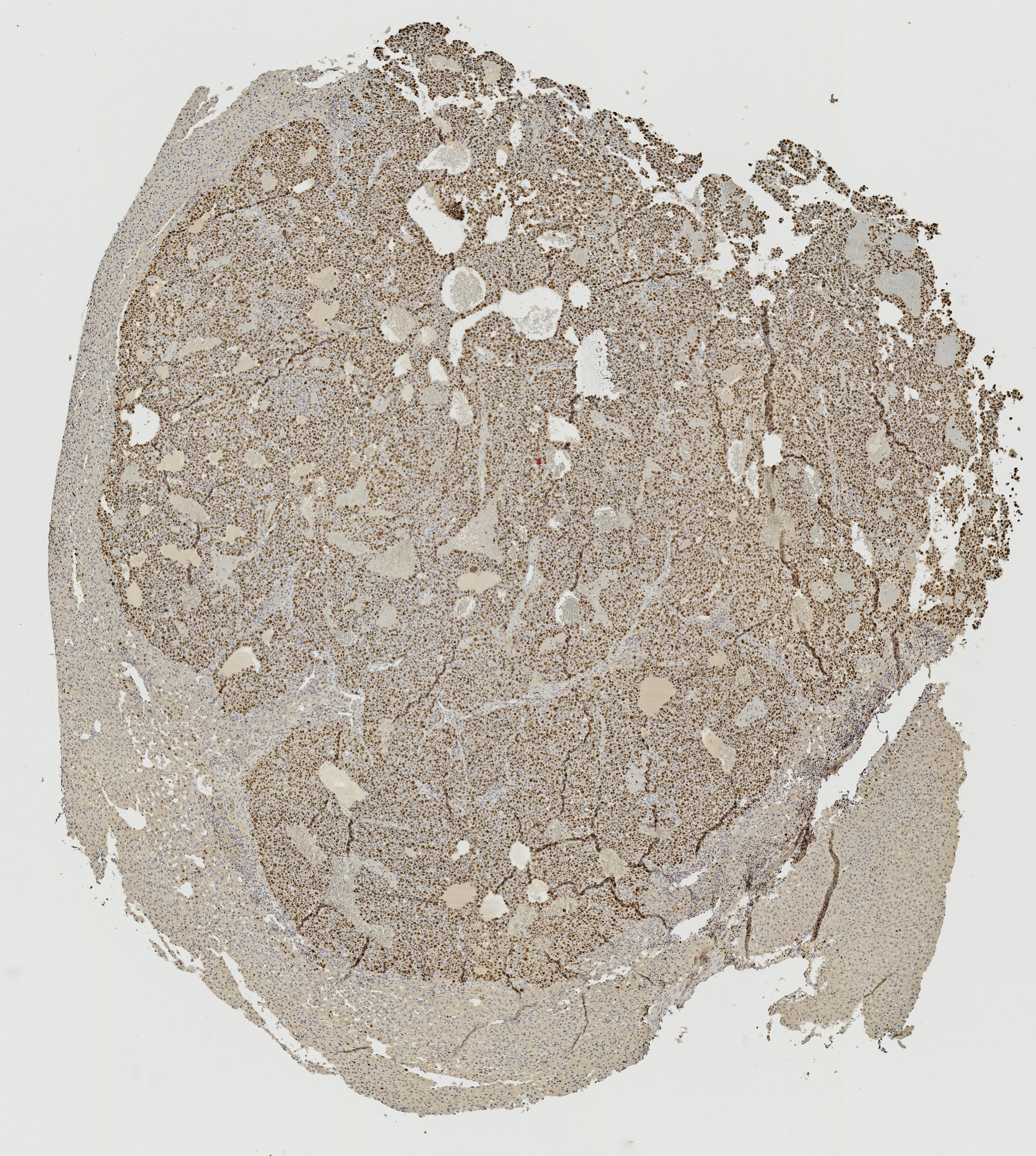