I am working to use the RELATIVE SIZE MEASUREMENTS in PREMIER (using V9.3 BUILD 6468) for a customer doing CELL COUNTS and it doesn't work properly on a TEST IMAGE.

In the DOTS A IMAGE on the LEFT below there are 100 measurement objects representing 100 individual dots.

In the DOTS B IMAGE on the RIGHT below there are 93 measurement objects representing the same 100 dots.

Unfortunately in the DOTS B IMAGE the clusters of 2, 3, and 4 generate RELATIVE SIZE MEASUREMENTS of 1, 2, and 4 and the SUM of the RELATIVE SIZES for DOTS B is 97.  This is off from the ACTUAL by 3.

Is there any adjustment within PREMIER to overcome this?

Copies of the DOTS A IMAGE and the DOTS B IMAGE are attached. 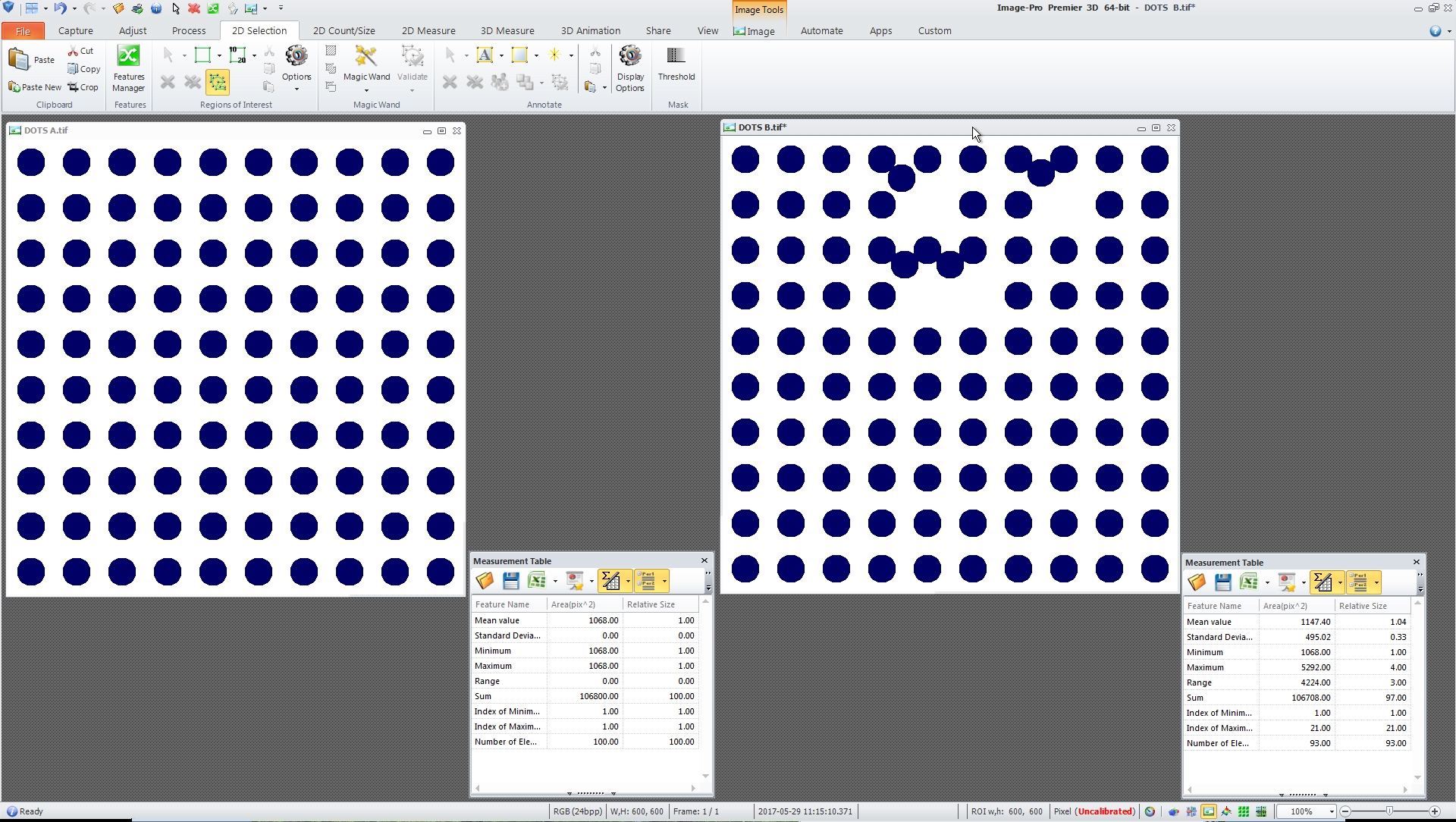