If I have a STACK / SEQUENCE of IMAGES of similar samples but the IMAGES have different INTENSITY RANGES.

I would like to process the IMAGES to get them into the same INTENSITY RANGE.

Is there a mechanism / tool within PREMIER which will NORMALIZE the ILLUMINATION LEVEL within multiple images?

This seems to be an OPTION within the EDF TOOL but I do not see a reference to NORMALIZE ILLUMINATION in the HELP that is not connected to EDF.

This is illustrated in the SCREEN CAPTURE below where the 1s would be the BEFORES and the 2s would be the AFTERS.  This would allow the IMAGES to be TILED without ugly transitions between TILES and / or the same THRESHOLD to find the OBJECTS in the AFTERS. 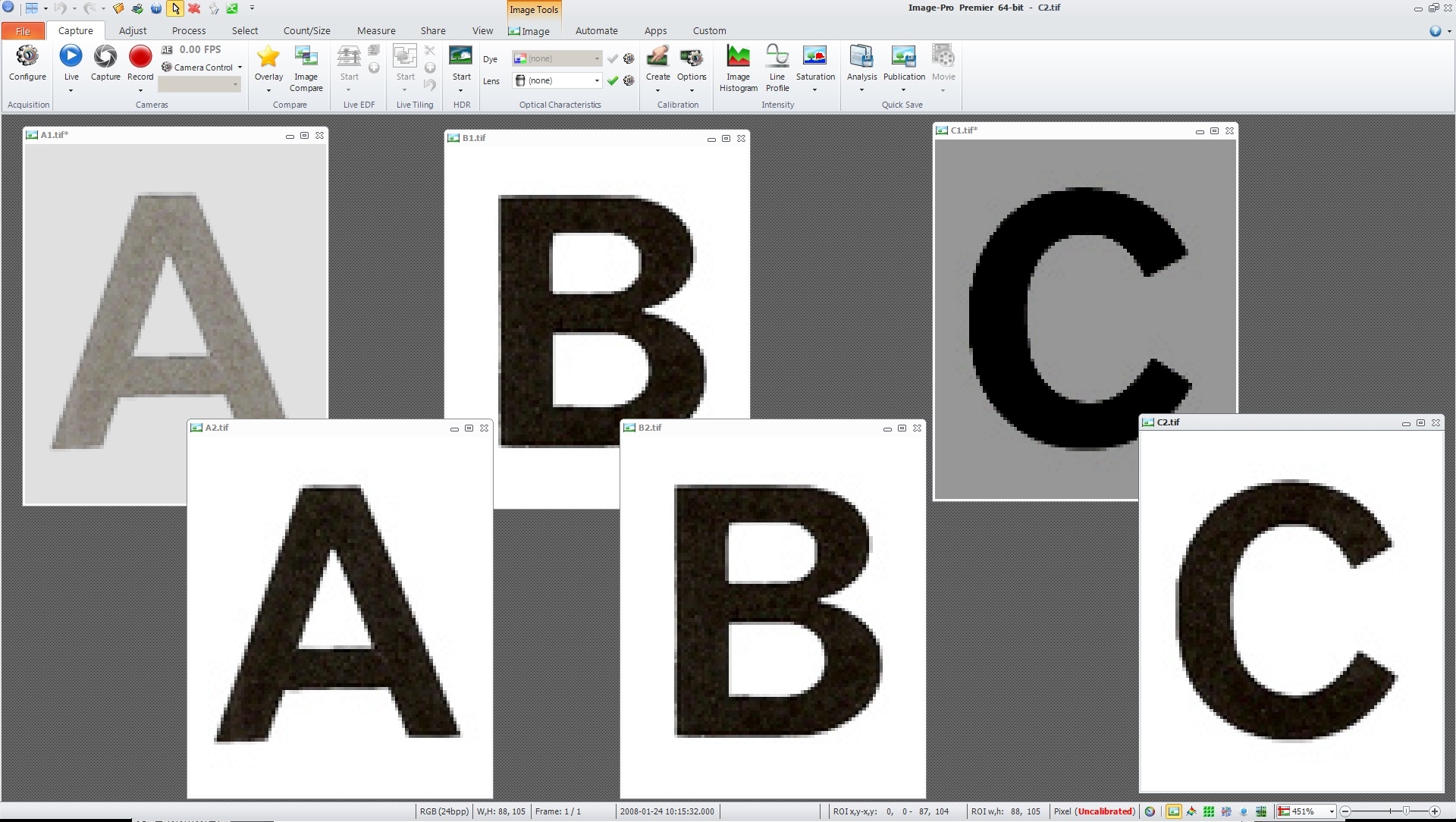